September 16, 2013
The last day I said that now we're going to automate all VoIP tasks trying to build a VoIP/UC vulnerability scanner. But I realized that there are some other tasks which I need in each penetration test that we could add too. This way we could avoid to use another tools for an important part of the work.

Normally, we're hired to deploy a VoIP specific penetration test, but we also like to check (in a minimal way) the rest of implied services. So I've added next modules brute-force modules: 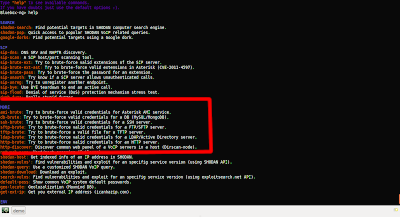 Finally I would like remark that, in my oppinion, we should solve next issues to build a professional tool:


In fact, I'm using Nmap and Skipfish to achieve these goals for now. So if you're thinking in a new security project (in Node.js) these ideas could be a good one. ;)

May 01, 2012
Hi, it has been a long time since my last post because of my new job and my final year project ("VoIP denegation of service attacks" for curious) but there is something I found during my tests with  Freeswitch ,  Kamailio  and  Asterisk  that I want to share. NOTE: Really, guys of  Security By Default  blog published us (my good friend Roi Mallo and me) two articles about how to develop modules for Metasploit framework, another two are coming.  ;) During my project, among others, I developed a Metasploit module which can flood SIP protocol with common frames (INVITE, OPTIONS, REGISTER, BYE), I wrote it at Quobis (nice job ;) in order to use it for some private tests because actual software didn´t fit our needs, so we are going to probe how is the behavior of different GPL VoIP servers against this kind of attacks: - Asterisk: I think it needs no introduction, the famous softswitch/PBX software. - Freeswitch: It´s a newer softswitch that seems to be Asterisk replacement
Read more