September 06, 2013
I've just pushed the last changes to Bluebox-ng repo to get what we consider a beta version. It's not yet finished but it's much more stable than the previous release. Here there is a resume of the changelog: 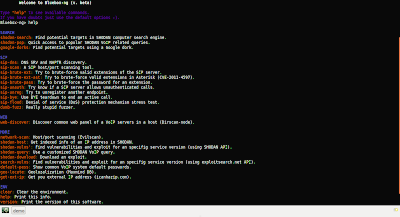 I want to say that we've decided to re-define the project like a "VoIP/UC vulnerability scanner", this way we can work more focused. Our idea is to write a tool to test in an automatic way our deployments. There are several options when we think in other environments such as the web (Skipfish, Nikto, W3af, etc), but we've not anything similar in VoIP.

For now we have a bunch of tools (modules) that do the job in a comfortable (but indepentent) way. So, it's time to join all of them to automate the different tasks needed when we deploy an specific VoIP penetration test.

Finally we hope to present the first stable version at GSICKMINDS (A Coruña, 24-25-26 October), a great security event which I recommend to everyone. We're going to have here some security pr0n stars and we're in one of best places in the world to enjoy a few days. ;)

May 01, 2012
Hi, it has been a long time since my last post because of my new job and my final year project ("VoIP denegation of service attacks" for curious) but there is something I found during my tests with  Freeswitch ,  Kamailio  and  Asterisk  that I want to share. NOTE: Really, guys of  Security By Default  blog published us (my good friend Roi Mallo and me) two articles about how to develop modules for Metasploit framework, another two are coming.  ;) During my project, among others, I developed a Metasploit module which can flood SIP protocol with common frames (INVITE, OPTIONS, REGISTER, BYE), I wrote it at Quobis (nice job ;) in order to use it for some private tests because actual software didn´t fit our needs, so we are going to probe how is the behavior of different GPL VoIP servers against this kind of attacks: - Asterisk: I think it needs no introduction, the famous softswitch/PBX software. - Freeswitch: It´s a newer softswitch that seems to be Asterisk replacement
Read more